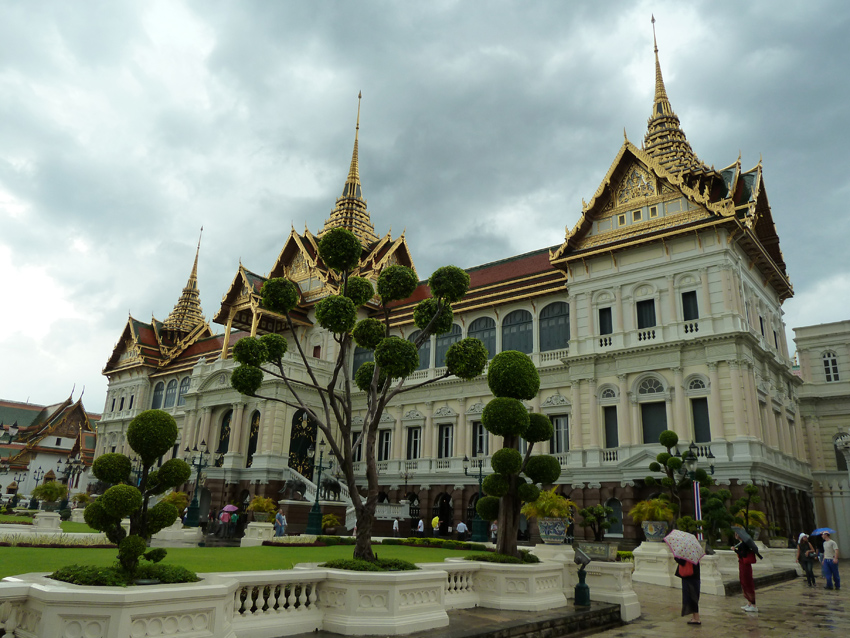 Welcome to Thailand, one of the most beautiful countries in South East Asia. Thailand is a place where magic happens and for most people a new life journeys starts. The Thai culture is diverse and dates back centuries, which makes it a unique country in the world. You can find the ancient Thai cultural influences in the delicious Thai food, amazing architecture (new and old) and within the religion of every household. The last decades Thailand grew to one of the most popular travel destinations in the world serving more than 26 million tourist in 2014. The rich lands have something to offer for every traveler. So what are you waiting for?

The last decade tourism took a significant lift and is one of the countries main economic engines. The Thai are keen on keeping it that way and will try to fulfill all the tourist needs wherever they can. It is in their culture heritage and nature to be kind and helpful to others. The Buddhist religion is dominant in Thailand and practiced by many. This ancient religious practice brought a lot of historical data and heritage, which can be found throughout Thailand. Many of the main tourist sights are Buddhist temples or have some ties to religion. The cultural differences between regions are significant and unique to Thailand. They originate by the fact that it borders multiple countries such as Malaysia, Cambodia, Laos and Myanmar which all influence each other. All these cultures are connected via history with the Thai people. 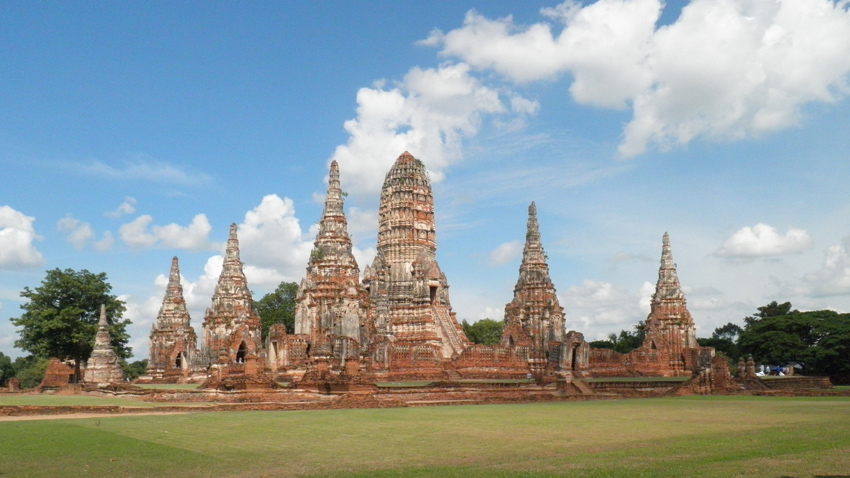 When you visit Thailand there are a few places you can’t skip because of their amazing allure and stunning beauty. The most famous places are located scattered around the country, which makes it easy to visit a least one of them on your travels. Your journey probably start in Bangkok, the Capitol of Thailand, where you can find various tourist attractions such as the Wat Arun temple, Grand Palace, Wat Pho (Giant lying Buddha) and floating market. Traveling North will bring you sights such as the Old capital Ayutthaya, Chiang Mai, Chiang Rai, Pai and the Golden Triangle. Going west will lead you through leftovers of World War II such as the bridge over the river Kwai and Burma Railway. East of the land is known for its rural grounds en stunning nature reserves and South Thailand is famous for the beautiful islands that can be found in the Golf of Thailand and Andaman Sea. We have listed the most pristine islands of our Asian country in this article. All the top sights in the Thailand are well connected via the rapidly developing and growing infrastructure. These days you have the option to choose from various domestic airfields, trains and buses to travel fast and cheap through the country. 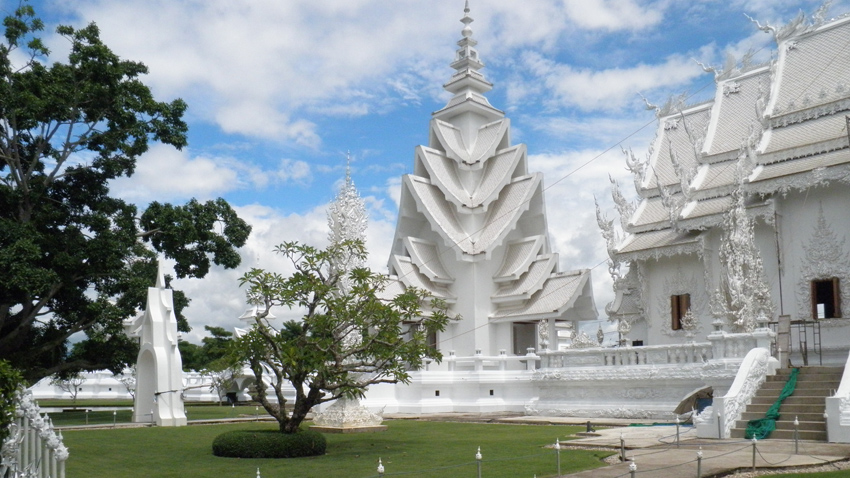 Thailand has become famous by backpackers all around the world because of the budget and remote hotspots. Nevertheless, in the recent years the tourism industry is developing to serve the majority of the tourist that makes the country the perfect destination for luxury and budget tourism. Bangkok is an international hotspot for expats and businesses making it an important city in Asia matching Singapore and Tokyo. The country is well connected with direct flights to other continents and capitals all around the world. 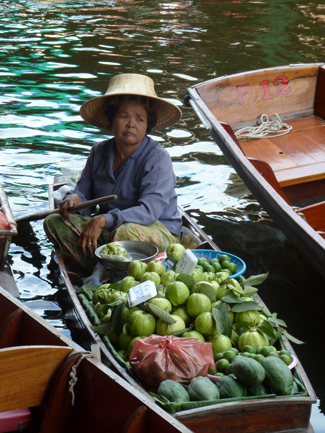 Thailand is about 513.120 square kilometers wide and borders several Asian countries, which we mentioned above. The capital of the land is Bangkok, which harbors around 9 of the 66 million people living in the country. The local currency is the Thai Baht that is roughly converted 36 to 1 versus the US Dollar. The main language is Thai but English is well spoken by a large majority of the Thai people. Additionally, the country has various indiginious languages such as Lao, Isan or Malay. The main religion is Buddhism (around 95%) followed by a small amount of Islamic practitioners. The country has several nature reserves that harbor a large variety of wildlife and native tribes such as the Lahu, Yao, Karen, Hmong (Meo), Lisu, Akha and Lawa. The seas surrounding the lands are famous for their pristine diving conditions and stunning reefs such as you can find around the Similan Islands. The Thai climate is soft with colder winters in the North of around 20-25 degrees and hot summers in the East of around 39 degrees. The average temperature is 27 degrees all year round. There is only a dry and wet season, which runs from May to October and November to April. To enter Thailand you will need a visa that can be requested at any Thai embassy or at the border when entering the country. You will also need vaccinations against certain diseases depending on your origin, always check with your physician. One of the most famous sayings in Thailand for tourist is; 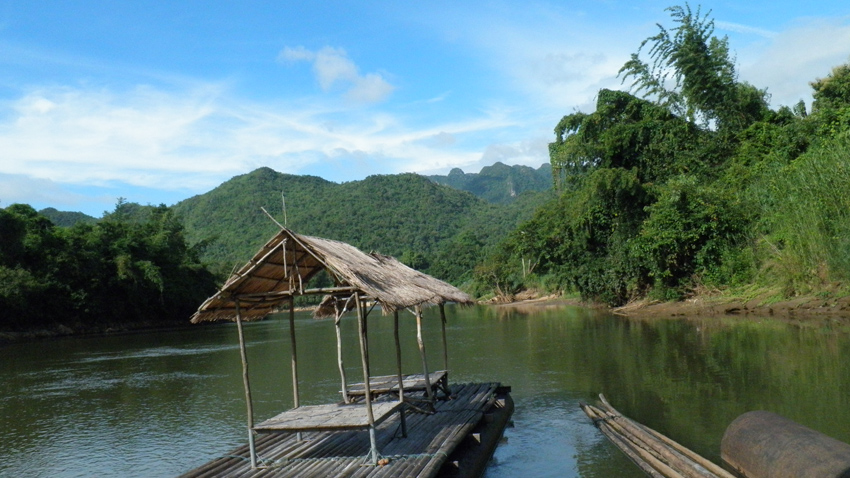 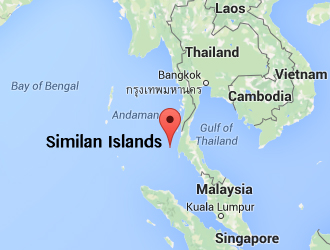